Don't Miss
Home / Comparisons / Difference Between Android and Windows Phones – Which One Is Better?

Difference Between Android and Windows Phones – Which One Is Better?

Most of us know that Google manufactured Android and Microsoft manufactured Windows phones. But the question is, which one is better and why?

Lets take a look onto difference between Android and Windows Phones based on various aspects.

Lock screen and opening screen of both the phones are awesome. However, the notification system in windows is not effective as Android, because it does not allow you to see the notification when the phone is locked. When it comes to multitasking Windows can be quite annoying, because it requires hitting the back button to view.

Overall : Windows phone is simple but not as impressive compared to Android.

To be honest, Windows is not even closer to Android. Many of the top apps in the world are missing in Windows and in January 2013, Windows had more than 150,000 apps compared to android that had around 8 Million apps.

Android offers high flexibility as it is being used by many smartphone and tablet manufacturers around the world which keeps them under constant pressure of improvement, while windows mobile has been offered by the company with limited handsets.

As you have read above, Android is an open source community which means you get lots of free and amazing applications from the Play Store, compared to Windows Phone who offer few free apps. Since Android is being used on smartphones of different prices, their paid apps are way cheaper because of quantity comparatively.

Android is able to protect devices when stolen, their password protection system can keep unwanted users from using the phone and personal data. Unfortunately, a Windows mobile operating system has no feature to protect stolen phones.

To conclude, Windows will take time to catch up with Android, however their devices come with amazing cameras and are very user friendly. Android phones offer many options both in terms of hardware and software, not to forget the ever expanding Google Play market.

Difference Between Android and Windows Phones 2014-01-07
+Fakhrul Alam
Previous: BBM for Samsung Galaxy ACE – Compatible or Not?
Next: How to Take A Screenshot On LG Optimus L9 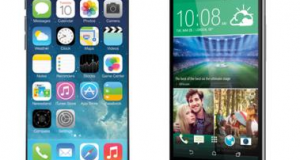