Bending problem in iPhone 6 and iPhone 6 Plus

The bending problem in iPhone 6 plus is an issue which users are really concerned about and potential buyers are searching the internet thoroughly before purchasing the masterpiece. However, Apple told CNBC that the new iPhones include steel/titanium inserts to reinforce stress locations and that they use the “strongest glass in the industry.”

They also mentioned that the total number of customers who complained about bent iPhones was only 9, and that the problem is not as big as it appeared everywhere else on various medias. Both the iPhone 6 and 6 Plus have been tested thoroughly in terms of strength and durability, and that the bending problem in the iPhone 6 during normal usage is “extremely rare”.

The iPhone 5 Plus’s bending reports from customers came in slowly but steadily where forum members of MacRumors shared images of devices which had bent while in pocket. The issue took height when a YouTube video of the iPhone 6 Plus being bent in his hands, which caused massive damage near the volume buttons. The media gave “bending iPhone” great attention, and it is difficult to tell how many users in total were really affected by the issue during real world usage. Apple is replacing any bent iPhone’s sent to them under warranty and have assigned a support staff to find out the cause.

Apparently, most of the iPhone 6 and iPhone 6 Plus owners are saying that if you intentionally want to bend one of them you can do so and the same will happen for any other device, not only the Apple phones. Probably those who bent them pocketed the device wrongly.

If you are an Apple fan you can definitely buy one of them, even if you do face the bending issue, Apple will replace the phone while it is under warranty.

Watch the Video Version of this Article Below

Bending problem in iPhone 6 and iPhone 6 Plus 2014-10-19
+Fakhrul Alam
Previous: How To Restart iPhone if I Can’t See Anything On My Screen
Next: How to Prevent the Bending Problems in iPhone 6 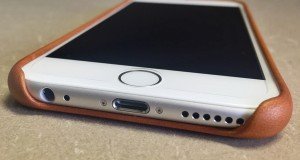