As many of you know that Android checks for software updates from time to time. New updates usually come with bug fixes and amazing features, but there are times where performance tweaks along with lots of fun elements are added too, making the phone much more interesting to use. Therefore, keeping your device updated to the latest version of the operating system is very important. Let’s find out how to update Samsung Galaxy J7 to Marshmallow below.

The phone was launched one year back on the month of June and has been able to satisfy the needs of many till now. Hardware and software configuration of the device is fascinating, combined with a reasonable price tag making it worth grabbing. The phone was launched with Lollipop operating system but later came with an update of Marshmallow.

For those who do not know, when an upgrade is available on Samsung Galaxy J7 to Marshmallow, you will be prompted to download and install the update with a pop-up window like this: 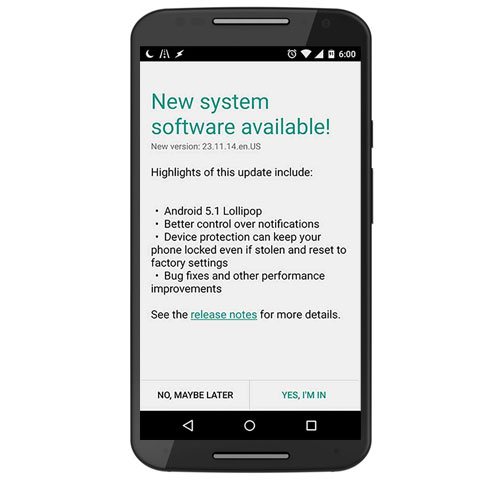 How to Update Samsung Galaxy J7 to Marshmallow

How to Update Samsung Galaxy J7 to Marshmallow – Checking for Updates

Most Android devices such as Samsung Galaxy J7 are configured to notify you of updates. Some devices though allow you to turn off the automatic notifications. You can check to see if an update is available for your phone by following these steps:

How to Update Samsung Galaxy J7 to Marshmallow – The Update Process

When a pop-up window tells you that an update is available, it will usually let you install it at a later more convenient time. Just select “Install Later”, and it will prompt you periodically to update.

The first part of the update is downloading the update file. The update can be very large and take a long time. I recommend you use Wifi or 4G when you’re downloading an update. Note that there are no charges for updates, but the usual data connection charges still apply.

After the update is downloaded, it will ask you to install the update. Note that you will not be able to make calls (including 911 calls)while it’s updating, so don’t start doing anything life threatening while it installs 😉

Some installations will reboot your phone and you’ll see a picture of a little green Android robot jumping out of a box. The progress bar on the bottom of the screen will show you how far along you are. After the reboot you may or may not notice anything different in your phone. It all depends on what was included with the update.

If everything goes well, you’ll have new features and fewer bugs – for free. How cool is that? Some updates also include new free Apps with the update. Unfortunately, these are often just trial Apps.

If your Samsung Galaxy J7 is rooted, then the update will probably revoke your root access. Re-rooting can be easy at times, but in other cases you might have to wait until someone discovers a new rooting process.

Some updates may also fail, if the software detects that you have used a rooting technique on your phone to remove Apps that came by default. If you agree to go through this complicated process then you may follow the steps and enjoy a better and faster Samsung Galaxy J7.