HTC One was praised heavily last year by the critics and Android fans all over the world, for its unique metallic build quality and deserved the title for the “Best Smartphone of the Year 2013.” Now since a new year has arrived and its successor is going to release in almost 24 hours time, let’s wait and see if the HTC One M8 has that quality in it to become the best smartphone of 2014.

The official countdown for the launch of the HTC One M8 was kick-started few days ago with the tag line “ALL NEW HTC ONE”, promising enhanced features better than that of Samsung’s upcoming Galaxy S5. The excitement among loyal fans of the company has reached a new height after hearing this.

To understand more, take a look onto expected specifications before launch of the HTC One M8. 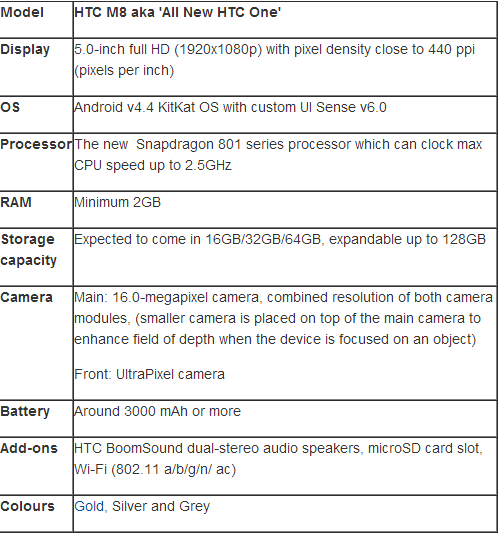 CLICK HERE to watch the Launch of HTC One M8 Live.